On May 18th, Najip Nakkash’s personal exhibition titled ‘Inspired by Tuqay’ will open at the National Museum of the Republic of Tatarstan. The exhibition is dedicated to the 130th anniversary of the great Tatar poet Ğabdulla Tuqay. The major part of the exposition is a series of works with Tuqay’s poems.

Najip Nakkash is a Tatar calligrapher, honored artist of the Republic of Tatarstan, member of the Union of Artists of the Republic of Tatarstan, this year’s laureate of Tuqay’s State Award. He was one of the first to start the revival of the ancient Tatar visual art of shamail. Nakkash’s calligraphy is not only found on paper and in museums but is also brought to life in the design of Tatar mosques and national jewelry, in city monuments and on gravestones. Many citizens and visitors of the city of Kazan know the famous clock on Tuqay Square. It is decorated with works of sculpture inspired by three poems by Tuqay, implemented in metal by the artist Bashmakov; and the Arabic inscriptions on the clock’s face which are couplets from Tuqay’s poems are the work of Najip Nakkash. 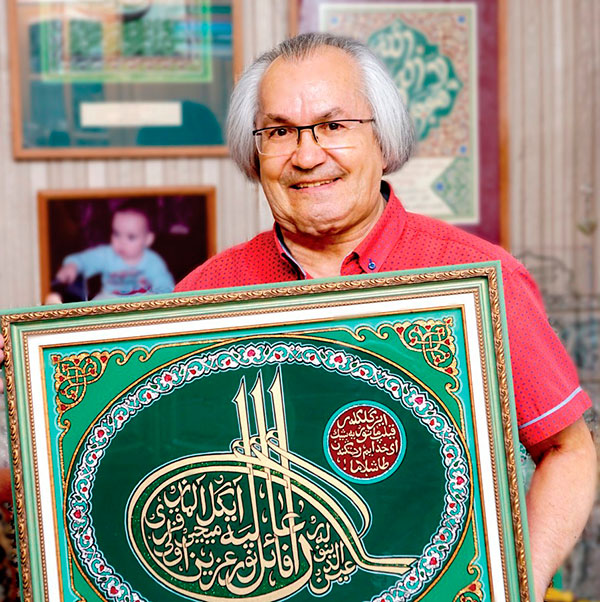