The “Shamail: Word And Image” exhibition will premiere in Tajikistan

The “Shamail: Word And Image” exhibition will open in Dushanbe on October 21st in the National Museum of Tajikistan.

The exposition will feature some 50 printed shamails created in early 20th century from the collection of Mardjani Foundation for Support and Development of Research and Cultural Programs (Moscow).

According to the organizers the exhibition in Tajikistan will be the second exhibition held in Central Asia. This crucially important event is aimed at promoting and strengthening the relationship in the field of culture between Russia and Tajikistan, the two countries historically connected by common traditions.

Further on the exhibition will move to Kyrgyzstan and Kazakhstan.

Shamail is a specific art form that emerged in the 19th century over the period of Islamic reformation and became popular among the Islamic Tatar community of the Middle Volga region. The word šamail translates from Arabic as ‘inherent qualities, character, merits’. Shamail as an art form expresses the harmony of unity between pictorialism and calligraphy, between the word and the image. Shamails vary in design and subject matter. They were very popular at the turn of 20th century and almost disappeared in the 1920s. The tradition of shamails returned in the 1950s and is now alive in many Tatar artists’ works. 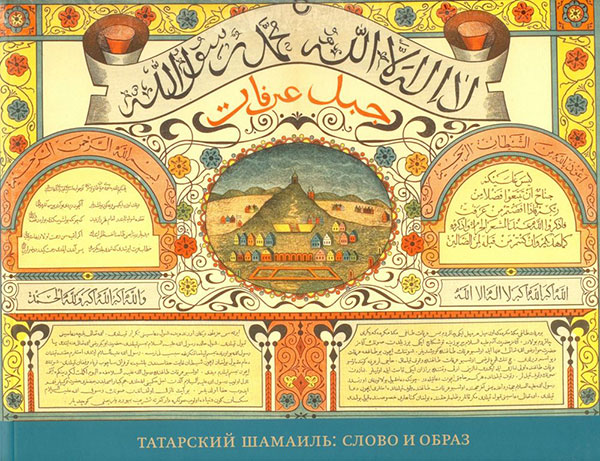 The “Shamail: Word And Image” exhibition will premiere in Tajikistan