Calligraphy of Mao's martial musings are on display in Qinghai

This year marks the 70th anniversary of the victory of China's War of Resistance Against Japanese Aggression and the conclusion of World War II. In commemoration, a calligraphy work, quoting a series of speeches given by Chairman Mao Zedong in 1938, has gone on display in the province of Qinghai.

Titled 'On Protracted War', the work is more than 400 meters long, with 42,000 characters. Featuring five different styles of traditional Chinese calligraphy, it is the collective work of 35 artists from across the country, and it took them nearly nine months to complete.

'On Protracted War' sets out a series of strategies and tactics for the revolutionary army and is regarded as an outstanding contribution to military theory. 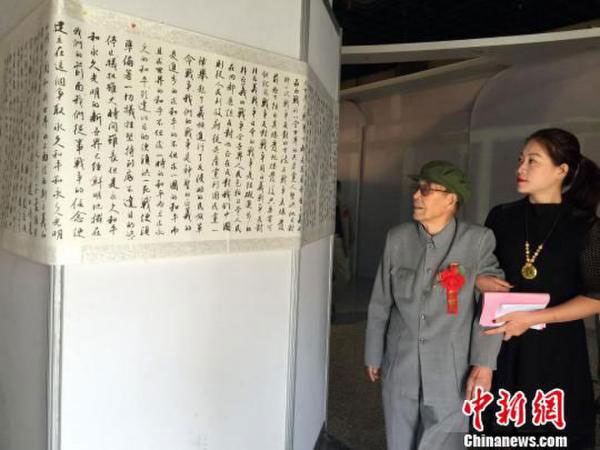 Calligraphy of Mao's martial musings are on display in Qinghai