Wang Sijun, who teaches at a university in Sichuan province, doesn’t like his students to be late for his classes. So he invented a sophisticated method of punishing tardy students: every student who is late has to write out on paper a complex character 1,000 times.

The illustration shows one of these characters: the Chinese character for "biang". The word holds no meaning but local media said Mr. Wang drew inspiration for it from the name of a noodle dish he had while visiting Shaanxi province. The “biang” character is made up of 56 pen strokes.

The Chengdu Economic Daily newspaper reported that two unfortunate students had received the penalty so far. The first student said she could not continue writing the word after the 200th time and asked Professor Wang to commute the punishment, and promised that she would never be late for class again. The second latecomer volunteered instead, to draw one hundred Terracotta Warriors, also a specialty from Shaanxi. He only had to draw it 100 times, but it took him more than four hours to finish his drawings.

On Chinese social media, many users exchanged praise for the professor's "creative" form of punishment, calling it interesting and refreshing.

"One look at that and I won't ever be late for class again," commented one user on popular micro-blogging platform Weibo, the Chinese version of Twitter.

Another netizen Mei Wei Zhu said the punishment could have been worse: "Imagine if he made them write out their punishment in traditional calligraphy." 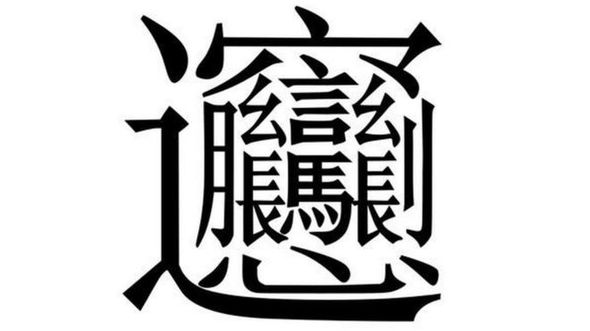