President of Sokolniki Exhibition and Convention Centre Alexey Shaburov and Logistics Director of the Organizing Committee for the Open Moscow Run Archery Cup Egor Rastorguev held a negotiation to discuss competitions in Sokolniki.

The parties agreed to hold the stages of the Open Moscow Run Archery Cup between December 1, 2019, and February 23, 2020.

According to Rastorguev, the Run Archery project started in 2013 when the first tournament in this new kind of sport, combining sprints and archery, took place in Beloretsk (Bashkortostan), and saw Olesya Sergienko, the master of sports in biathlon, taking the lead in that instance. Since then, the geography and followers of run archery have been on the rise, and in September 2018 this sport was included in the historical festival “Schastlivaya Podkova” (The Happy Horseshoe) in Sergiev Posad, and in “Kremlevskie Luchniki” (The Kremlin Archers) tournament in Izmailovsky Kremlin a month later. Today, “Ostrovok” club in Staraya Kupavna is home to a run archery sports club.

Despite significant changes in the rules of run archery since its original event, such as shortening of the distance from 200 to 15 meters, or replacing recurve bows and piercing arrows with their soft versions and suction cap arrows, its key principles remain the same – affordability, safety, transparency, and sustainability.

“Sokolniki Exhibition and Convention Centre has always been distinct for its hospitability, and we are happy to support this new social project that aims to promote healthy lifestyle. We hope that the Open Moscow Run Archery Cup will become a remarkable event and gain visibility,” said Alexey Shaburov summarizing the meeting. 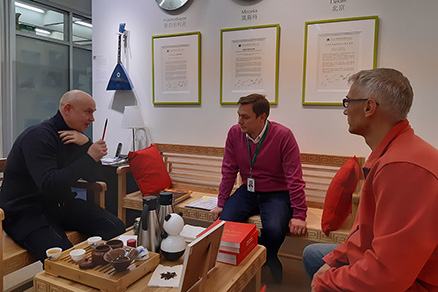 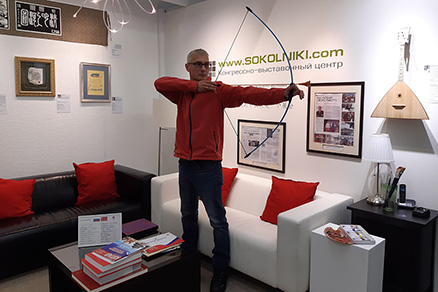