During the pandemic, the Sokolniki Museum and Educational Centre was turned into a hospital, the reserve beds for COVID-19 patients were deployed in almost all pavilions. The activities of the Exhibition Center were suspended. As a result, tens of thousands of Russian and foreign companies lost their platforms for promoting their products, the city budget missed millions of rubles in tax revenues, the implementation of social projects was curtailed and, the saddest thing, 300 people, for many of whom Sokolniki became a second home, lost their jobs.

Before the start of the pandemic, 277 events were held annually at Sokolniki Museum and Educational Centre. The funds received from the center's congress and exhibition activities are used by the Association of Private Museums of Russia. At present, despite all the difficulties, the employees of the center, on the instructions of the Ministry of Culture of the Russian Federation, are working on the formation of the Register of non-state museums, and also continue to publish the Private museums of Russia catalog. At the moment, the catalog contains information on 470 museums; another 700 are awaiting inclusion in its list. The catalog is published in Russian, Chinese and English. This is a kind of a guide to the country, which allows you to draw the attention of Russian and foreign tourists to the history, customs, traditions, achievements and way of life of the peoples of Russia.

The activity of the National Union of Calligraphers is closely connected with the Exhibition Center, uniting in its ranks masters and teachers of calligraphy, trustees and admirers of one of the most sophisticated forms of art.

The Sokolniki Museum and Educational Centre houses the World Calligraphy Museum, the Museum of Russian Gusli and Chinese Guqin; due to the introduction of the self-isolation regime, the Chinese Calligraphy Museum, which collection contains works of prominent contemporary calligraphers of the Middle Kingdom, could not open. All museums have been paused. All of them are waiting for the opportunity to open their doors to visitors.

Since September 4, in accordance with the Decree of the Mayor of Moscow No. 89-UM, exhibitions and congresses have resumed in Moscow in full, taking into account the requirements of sanitary and epidemiological safety. Therefore, we very much hope that now, when the epidemiological situation in the city has stabilized, the city authorities will meet us halfway and will decide to withdraw the exhibition pavilions from the bed reserve. This means that Sokolniki will be able to reopen jobs, restore their unique creative team and return to exhibition activities. 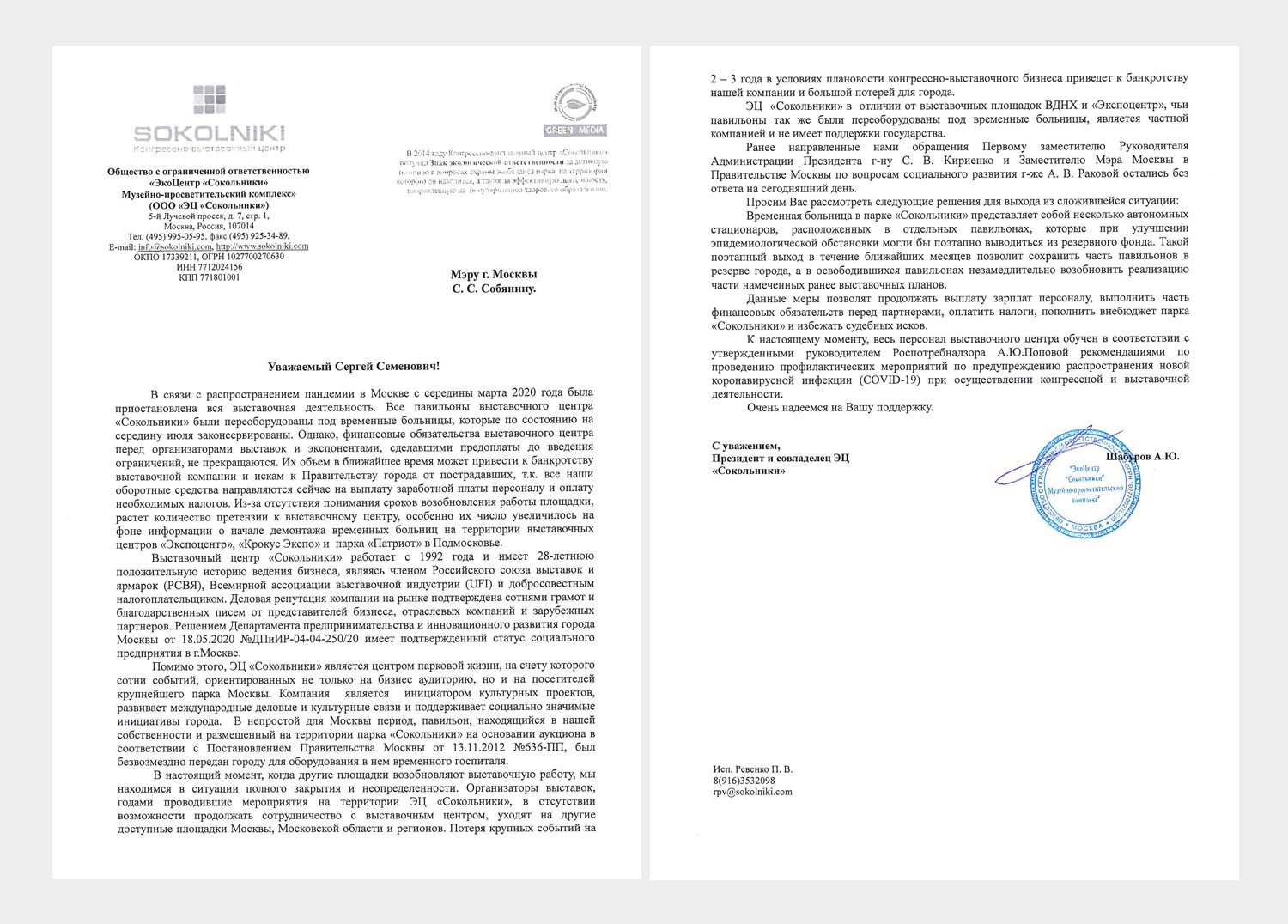 An official appeal to the Mayor of Moscow S.S. Sobyanin 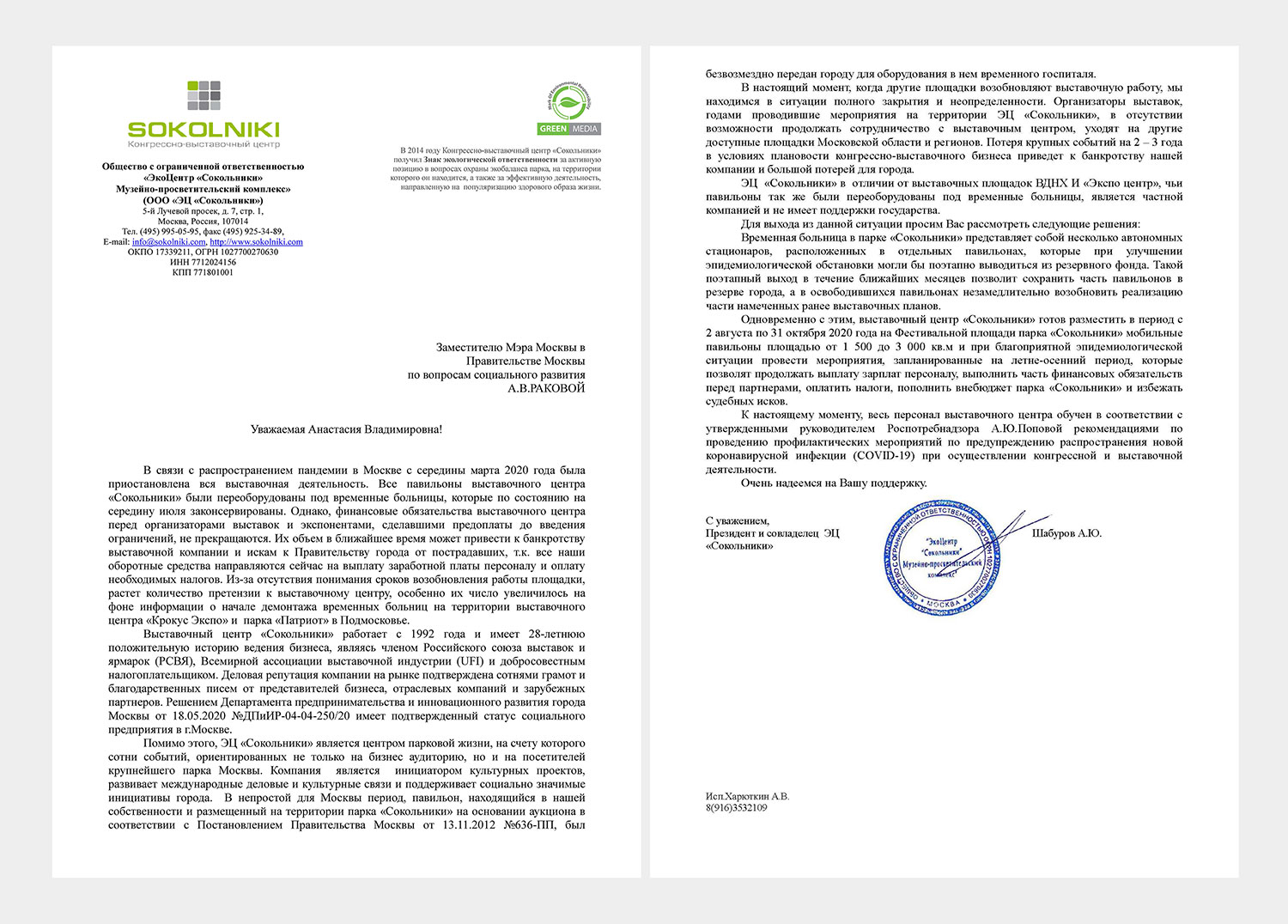 An official appeal to the Deputy Mayor of Moscow in the Moscow Government for social development A.V. Rakova
facebook vk
facebook vk
back back