Pepsi-Cola was the first ever Western commodity that broke through the Iron Curtain to the Soviet market. The original appearance of the sweet “pepsi” occurred at the American National Exhibition in 1959 in Sokolniki, where the drink was featured at a branded booth. Many American companies back then refused to exhibit in Moscow for political reasons. However, PepsiCo’s International Operations Vice President understood the urge to enter new markets, and resorted to a tricky move – he asked his friend, who also happened to be the Vice President of the U.S. Richard Nixon to introduce the Pepsi booth to the General Secretary of the Central Committee of the Communist Party of the Soviet Union, Nikita Khrushchev. The future American President delivered on his promise. Besides the head of the USSR, hundreds of thousands of Soviet people tasted more than three million cups of the drink, getting free refills at the booth.

These days the American National Exhibition as well as the first Pepsi’s visit to Russia celebrate the 60th anniversary. The management team of Sokolniki Museum and Educational Centre is excited to congratulate its partners PepsiCo, and wishes them to flourish and thrive! 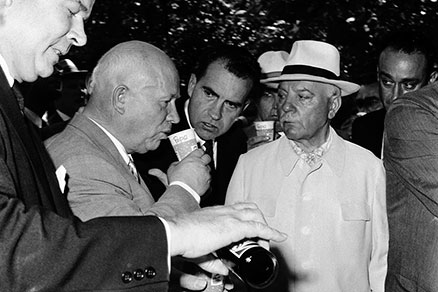 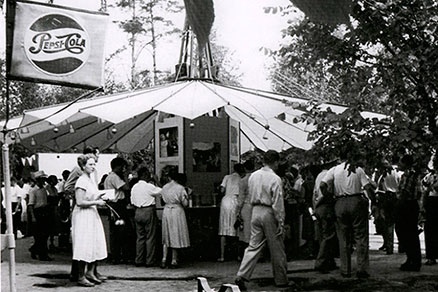 Pepsi celebrates 60 years in Russia
vk
vk
back back