On Sunday, October 18, the team of the Association of Private Museums of Russia visited Samara and made a visit to the Vyacheslav Sheyanov’s World of Motorcycles Museum, which has a collection of the best, unique and rare motorcycles produced in 14 countries. Some motorcycles from this collection have only been preserved in two or three copies from all over the world. The museum introduces the world history of the development of motor vehicles and scientific engineering efforts; it takes you it to the golden age of motor-building, which peaked in the 30s-40s of the last century.

As an example, it is worth mentioning some models from this collection. Mars A20 is a German motorcycle, one of the first examples in the world; it was released in 1921, when no one knew what a motorcycle should look like. In appearance, it looks most like a bicycle, but there are those who claim that this motorcycle still looks like a carriage. Such a thing was only available to wealthy people. The motorcycle was produced without a sidecar; it then appeared as an independent upgrade. Next year the motorcycle will turn 100 years old, but in appearance, it seems as if it has just rolled off the assembly line. 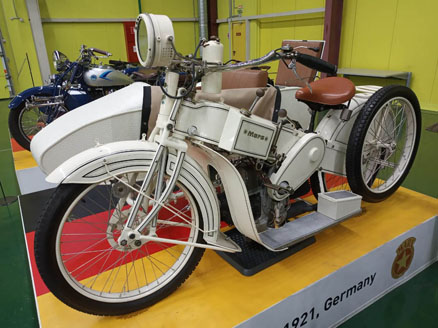 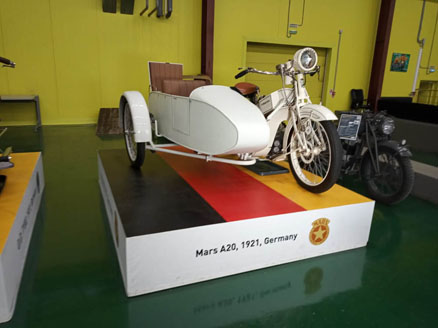 The Kurogan Type 95 released in Japan in 1939 is called the Japanese brother of Harley Davidson. Officers were carried on this heavy army motorcycle, and even the Japanese emperor himself sat in the sidecar. There are only three of them left in the world, and two of them are presented in this museum. Such uniqueness can be explained by the fact that the factory where this motorcycle was produced was located in Hiroshima, and in 1945, at the end of World War II, for obvious reasons, it was destroyed. 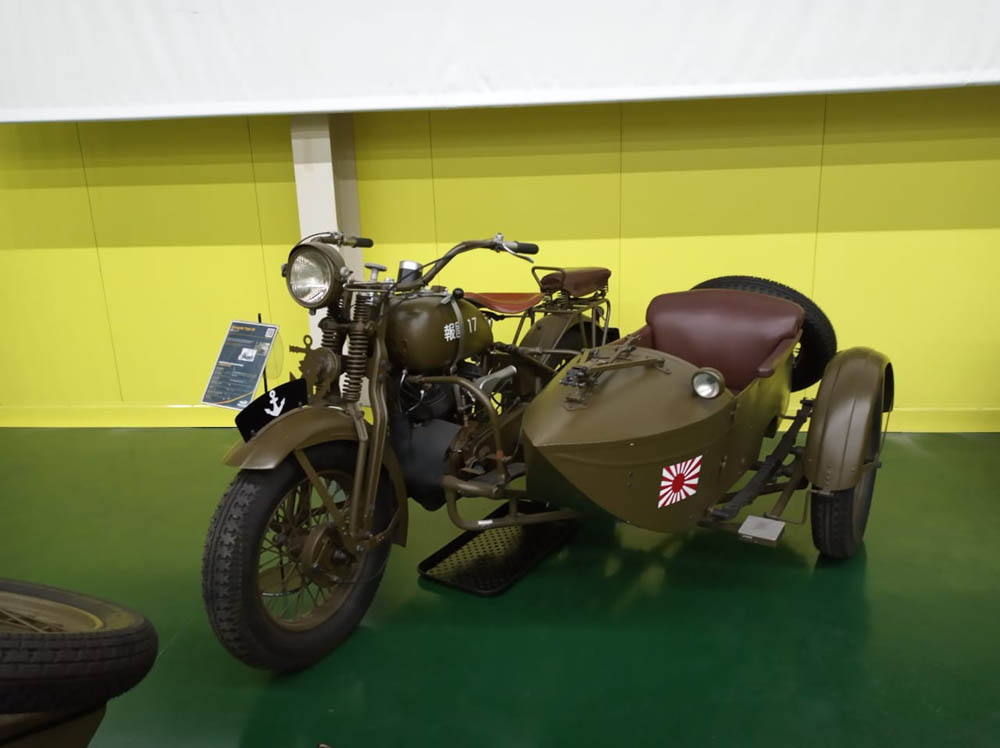 As for Russian industry, the museum has preserved a small but important fragment of the Soviet history of motor-building. For example, PMZ A-750, which was jokingly called “try it, it might start”, a heavy motorcycle of the famous Soviet engineer, the founder of the domestic motorcycle industry, Peter Mozharov. The motorcycle became an advanced symbol of technical progress in the USSR, and even appeared in a movie as it starred in the Soviet feature film “Tractor Drivers”; it was produced for the Red Army at the Podolsk Mechanical Plant. 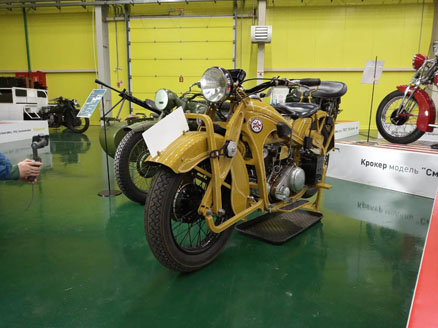 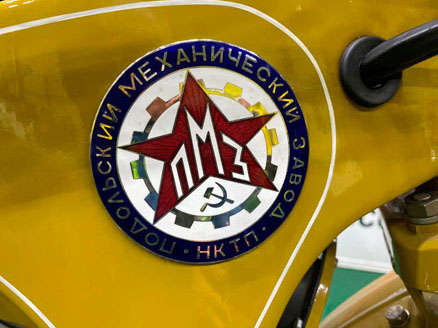 Another Soviet motorcycle, M-72, nicknamed the “iron horse” of the Red Army, can still be found on the streets of small towns. After all, it was the most massive Soviet army motorcycle, produced in four places at the same time – at the Gorky, Serpukhov, Irbit and Tyumen motorcycle factories. 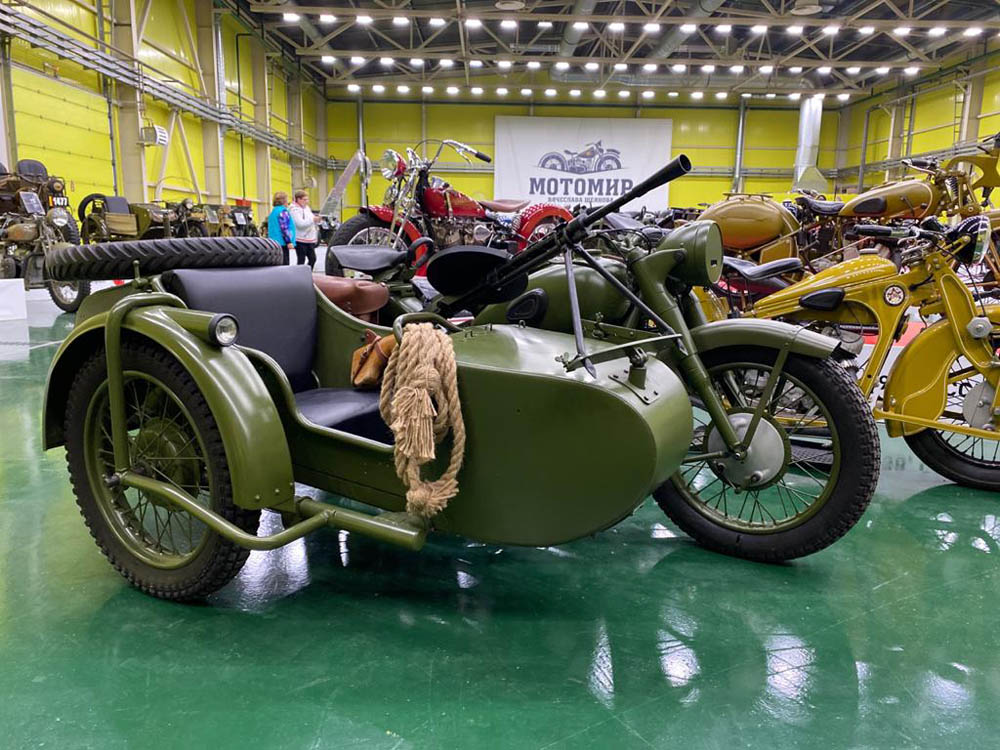 A Soviet legend, the 1945 M 80 motorcycle, was one of the first post-war sports motorcycles. In 1947, Evgeny Gringaut, a multiple USSR champion in motorsports, a record holder, set an absolute all-Union speed record, accelerating it to 172 km / h. The vehicle was produced at the Gorky Motorcycle Plant. 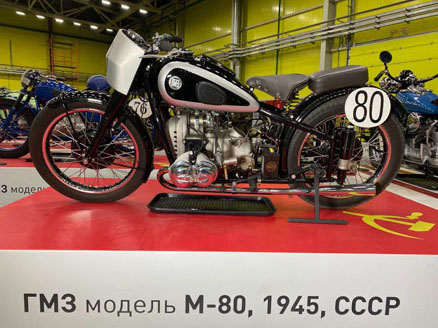 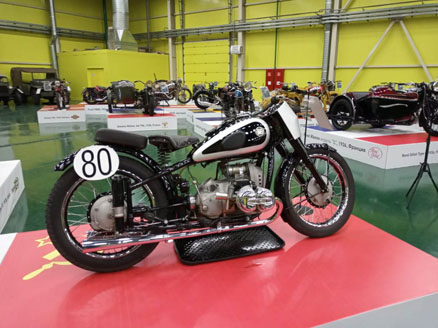 The history of the world motorcycle industry is closely related to the history of the development of civilization and the mentality of different countries. The models show how fast engineering advanced and how fast technology made progress. Vyacheslav Sheyanov’s World of Motorcycles Museum pays great attention to the history of the golden age of motor-building, which coincided with the period of the Second World War; it also pursues research work.

“I take motorcycles of the first half of the last century as a fascinating world of beautiful and powerful machines, in which the masterminds of all nations involved in the greatest tragedy and greatest triumph of mankind – World War II is manifested. Each of my motorcycle is a time machine, a motor that transports into the depths of our great history, making it possible to realize it not only with your mind, but also with your body and soul,” says the founder of the Vyacheslav Sheyanov’s World of Motorcycles Museum, his words are given in the catalog of private museums of our Association. Vyacheslav Sheyanov lives in Moscow, but he founded the museum in his homeland, near Samara in the village of Petra Dubrava. The museum has become the center of world motorcycle history and the center of attraction for tourists from all over the world. 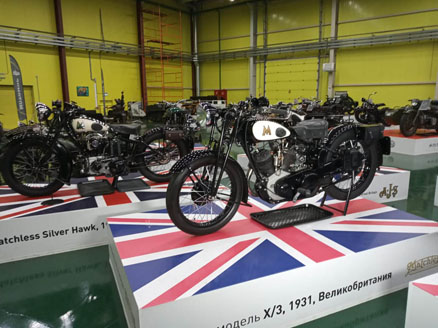 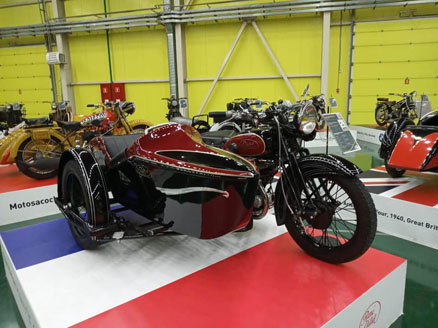 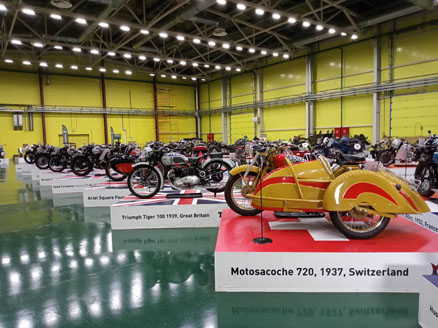 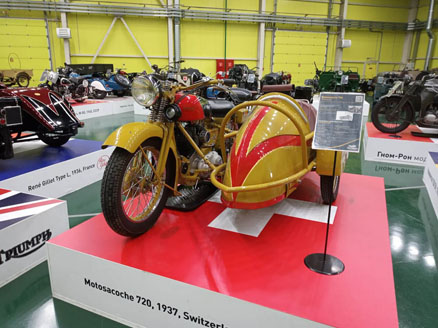 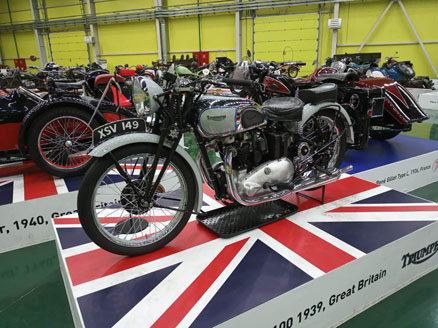 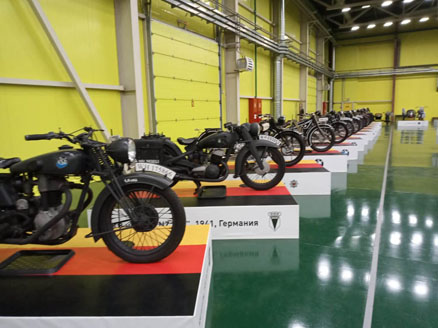 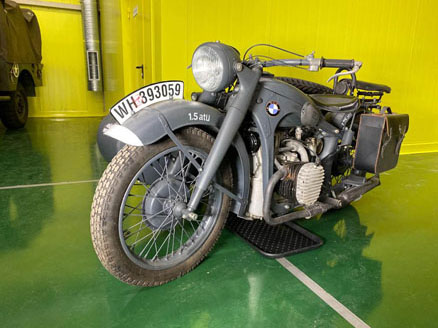 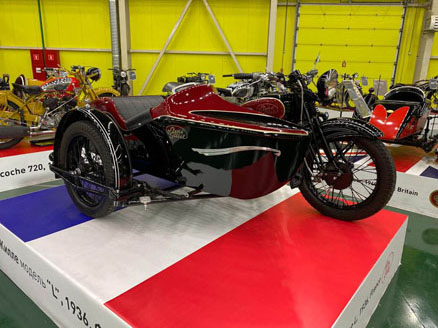 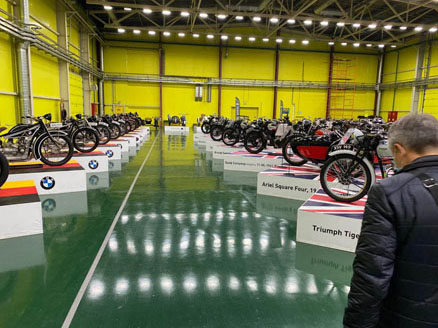 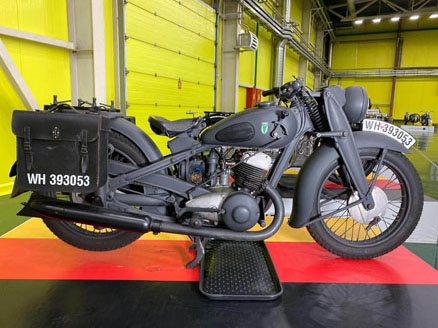 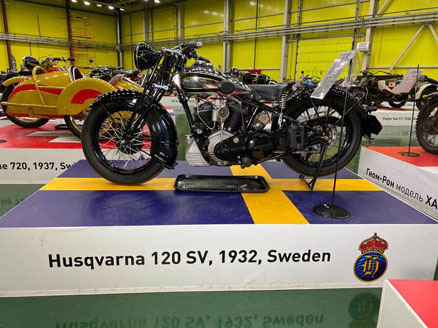 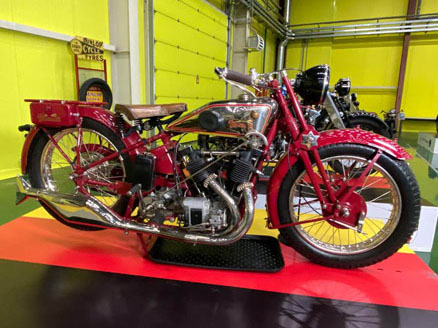