“Be grateful, serve the community:” best Russian and Chinese students met in Moscow

A conference for Russian and Chinese students named “Be grateful, serve the community” took place on January 15, 2020 in the Museum of Global Calligraphy.

The event became part of the implementation of a shared statement made by the Russian Federation and the People’s Republic of China, and signed by their leaders in June 2019, which aims to develop comprehensive partnership and strategic interaction relations of a new era.

At the conference, the best students of Tsinghua University and participants of “Be grateful, serve the community” project met with the students of leading Russian universities, including Lomonosov Moscow State University, Moscow State University of Foreign Affairs, the Diplomatic Academy of the Ministry of Foreign Affairs, the Higher School of Economics, the Russian Presidential Academy of the National Economy and Public Administration, and Moscow State Linguistic University. Mutual questions covering various aspects of social life, such as economics, politics, environment, intellectual values, as well as the role of the youth in solving current issues, were asked on the background of sharing the impressions of Russia and China, and the exchange of opinions about the prospects of Russian-Chinese relations.

Founded in 1911, Tsinghua University is one of the leading universities in the People’s Republic of China, a member of C9 League of elite educational institutions in China, which continuously ranks first in the national rating of Chinese universities. Its alumni can boast many prominent scientists, artists and politicians, including the two recent Presidents of China – Hu Jintao and Xi Jinping.

According to the Special Advisor of the project, Ms. Wang Zhang, Tsinghua University’s project “Be grateful, serve the community” (think of a source when drinking water) was launched in 2001 to facilitate the training for future leaders of China endowed with social responsibility and national commitment. The project provides the training of undergraduates, and engages 36 carefully selected first year students annually. The four-year training period features various practical researches.

One of the students, Deng Jiaqi shared her outlook when answering if she was ready to serve the community: «Our first internship took place in a needful village, where we trained local school students, while the second one moved to a large industrially advanced city. Currently we are in the middle of our international internship in Russia. During our time in that village, I thought why could we not do anything to make the life of the locals better. And then my teacher told me: “It’s ok. Let this thought become a seed. Keep it in your soul, and when it matures into a large tree, you’ll be able to do a lot.”»

According to the conference host, President of Sokolniki Museum and Educational Centre, and Director of the Contemporary Museum of Calligraphy Alexey Shaburov, the conference proved a truly vibrant event, where Russian and Chinese students could not only meet and find out more about the lives of each other but also share contacts that could initiate a great friendship.

Russian students with at least HSK 4 level in Chinese, actively involved in student contests and conferences, and volunteering activities, were invited to take part in the conference. The Association for Sinology Development and its President Alena Pavlova, who joined the conference as the guest of honour, were directly in charge of the selection process.

The guestlist also included Ms. Li Yingnan, the Professor at the Russian Language Institute of Beijing Foreign Studies University, head of the Russian Centre of the same (Russkiy Mir Foundation), and a member of the board at the Association for Russian-Chinese Friendship, Mr. Bai Sihong, the First Deputy Chairman of the Association of Chinese Professors in Moscow, and Mr. Kong Lingmin, the 1st grade Chinese calligraphy artist, a member of Beijing Academy of Contemporary Calligraphy and Fine Arts, and the Deputy Chairman of the Global Confucius Association. 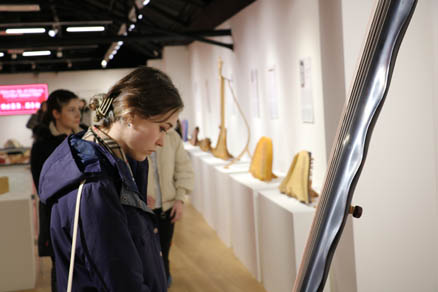 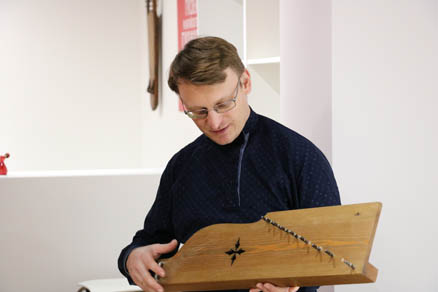 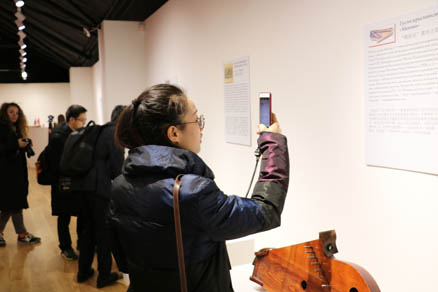 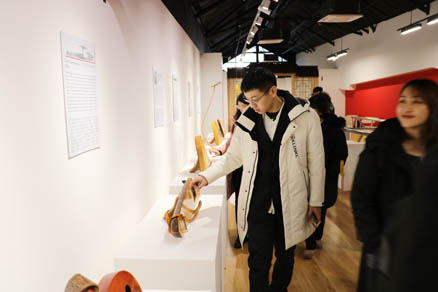 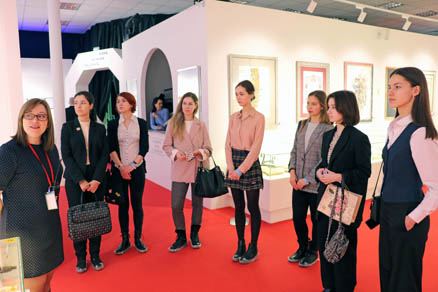 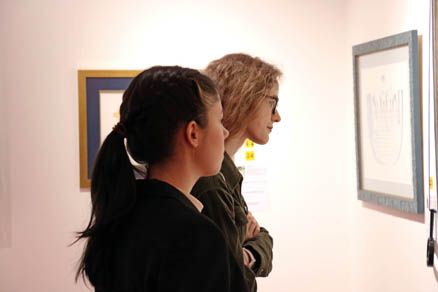 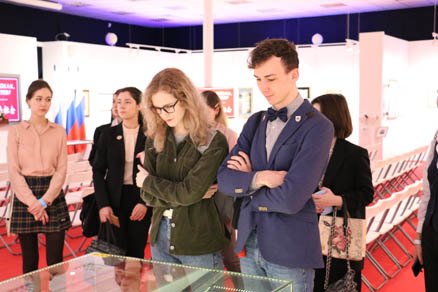 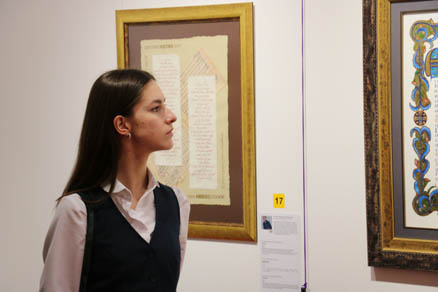 A tour at the Contemporary Museum of Calligraphy 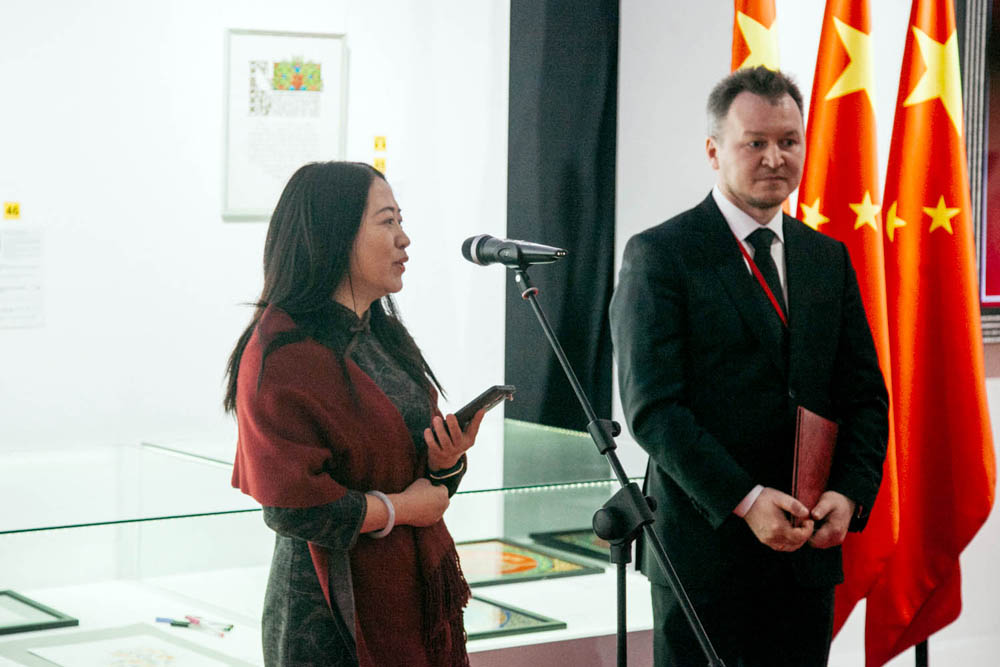 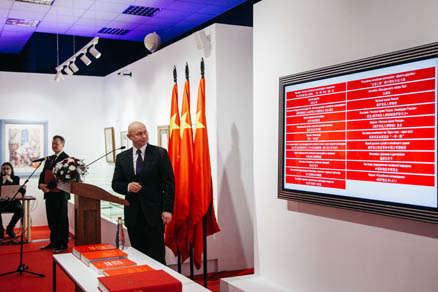 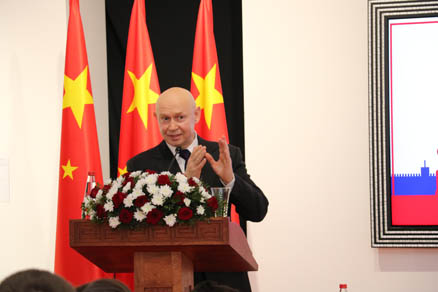 Alexey Shaburov, President of Sokolniki Museum and Educational Complex, and Director of the Museum of Global Calligraphy, makes a speech 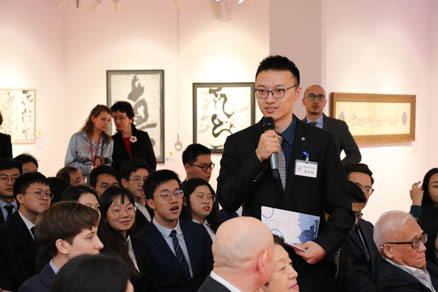 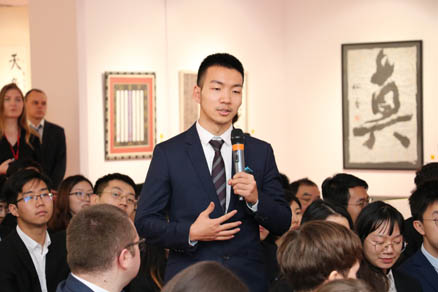 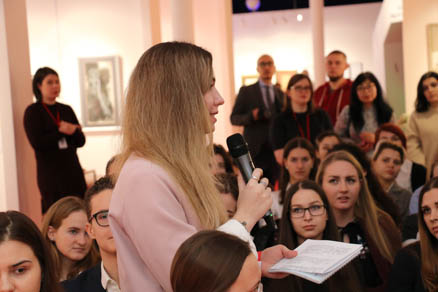 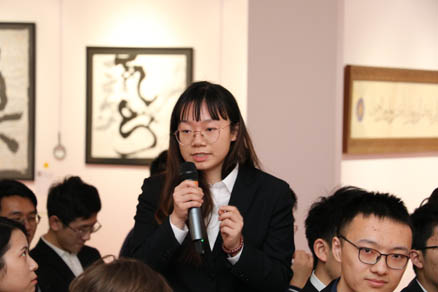 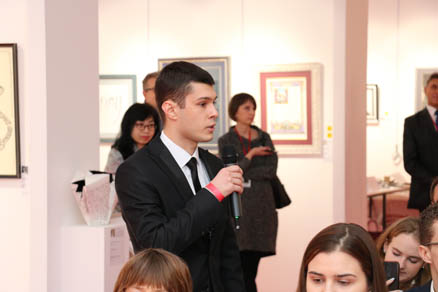 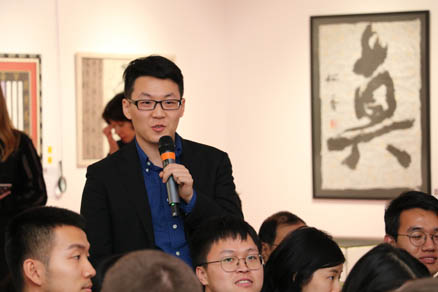 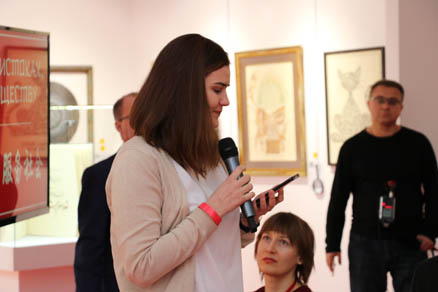 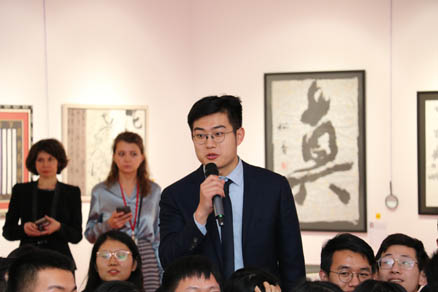 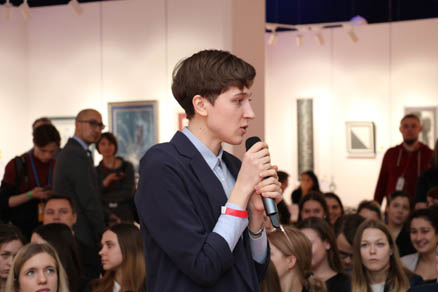 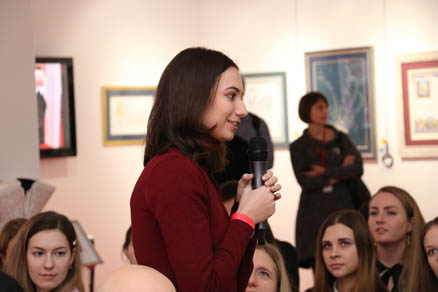 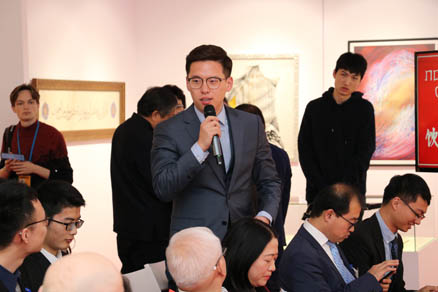 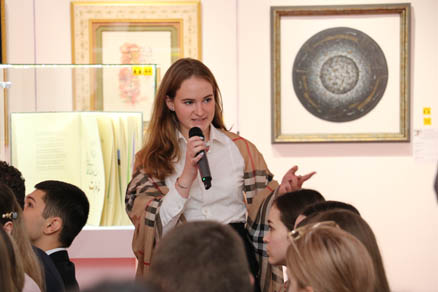 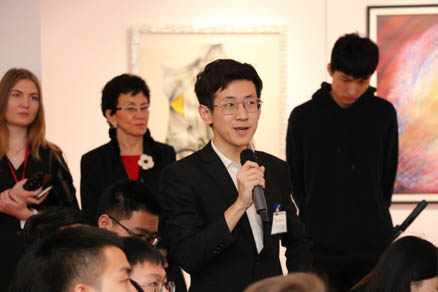 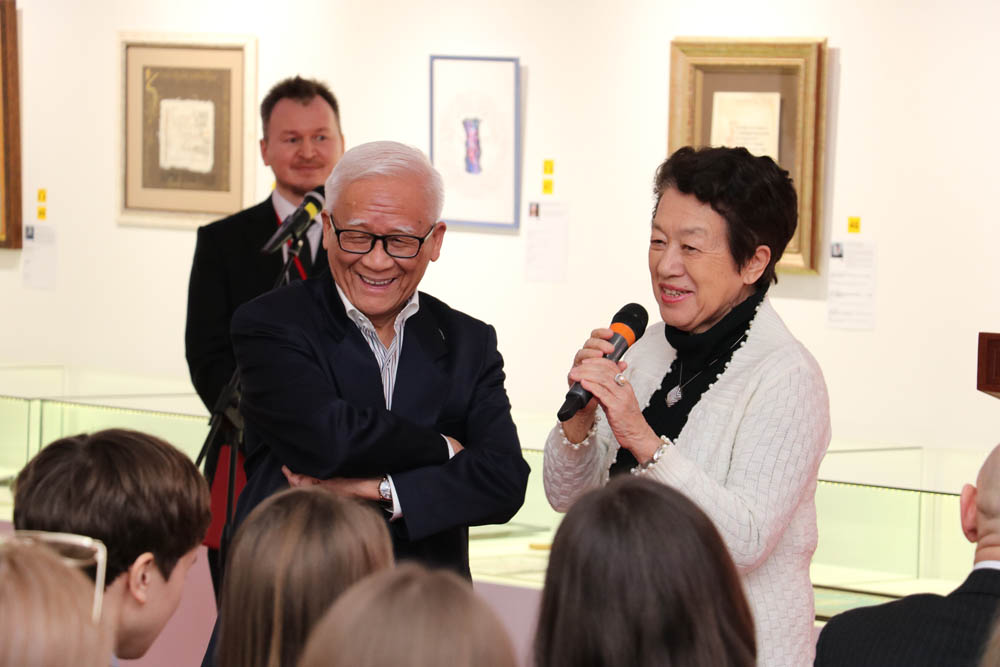 Mr. Bai Sihong, the First Deputy Chairman of the Association of Chinese Professors in Moscow, and Ms. Li Yingnan, a member of the board at the Association for Russian-Chinese Friendship, the Professor at the Russian Language Institute of Beijing Foreign Studies University 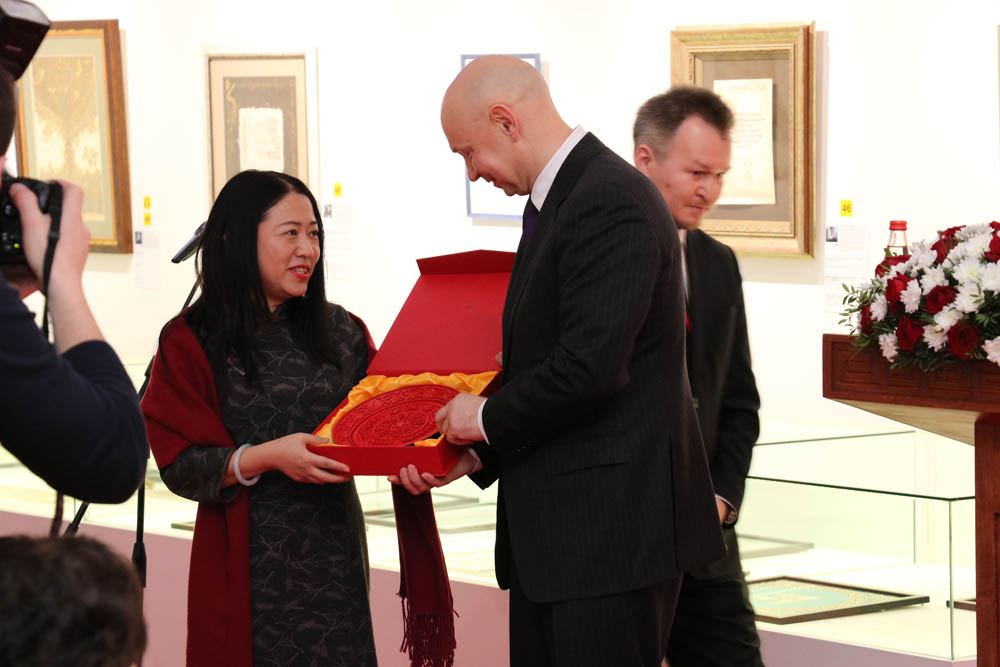 Ms. Wang Zhang, the Special Advisor of Xiyang project (“Be grateful, serve the community”) presents a porcelain plate with the emblem of Qinghai University to Director of the Museum of Global Calligraphy 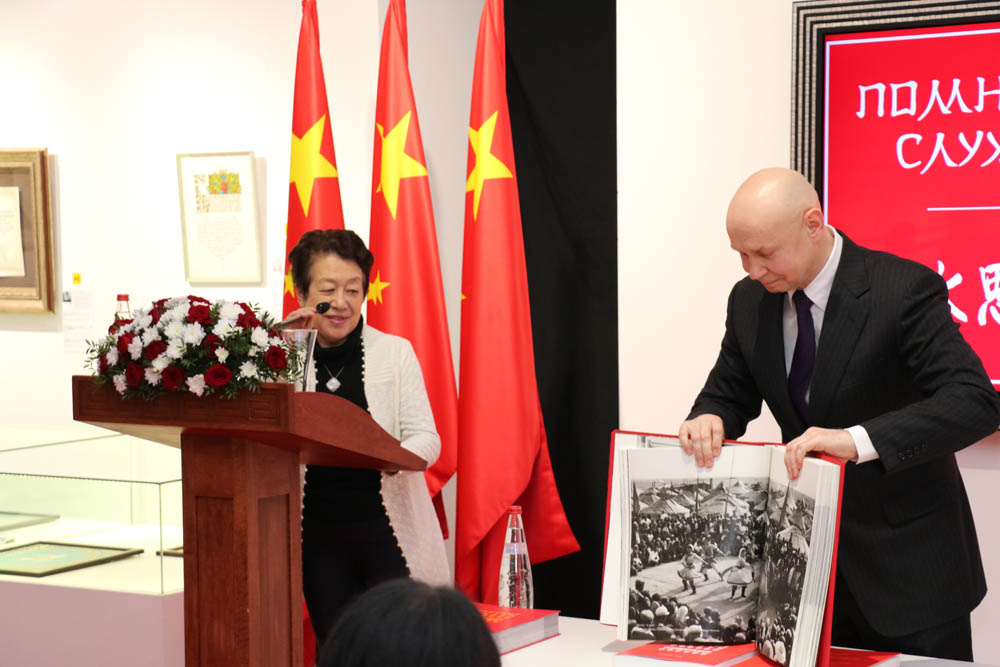 Li Yingnan, a member of the board of the Association for Russian-Chinese Friendship, the Professor at the Russian Language Institute of Beijing Foreign Studies University, presents the book “China” to Alexey Shaburov, Director of the Museum of Global Calligraphy 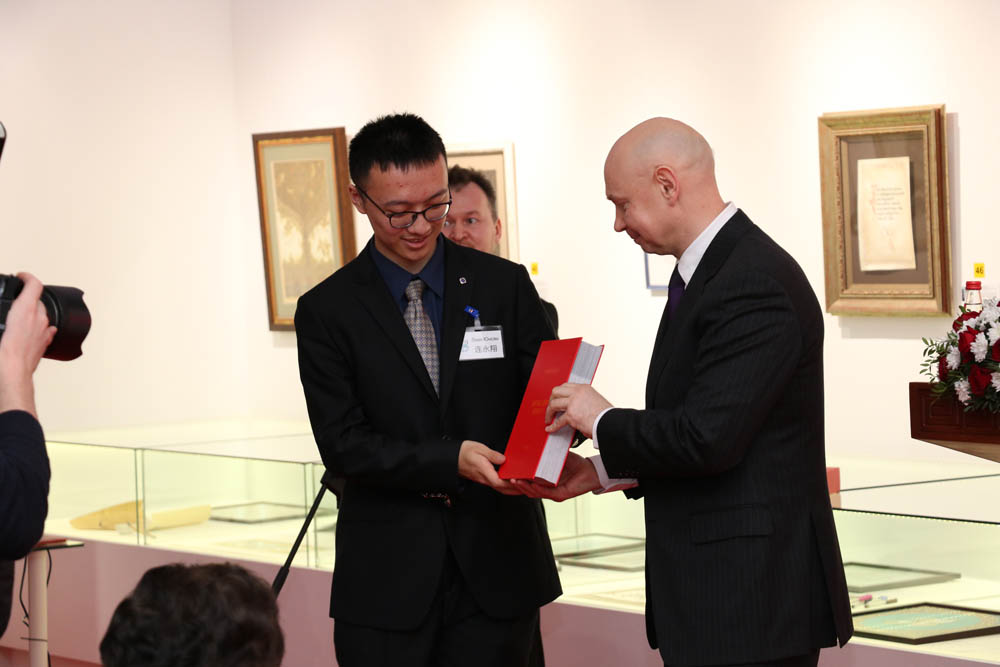 Director of the Museum of Global Calligraphy and the Association of Private Museums of Russia presents the catalogue of over 500 most interesting private museums of Russia, translated in Chinese, to the students of Tsinghua University 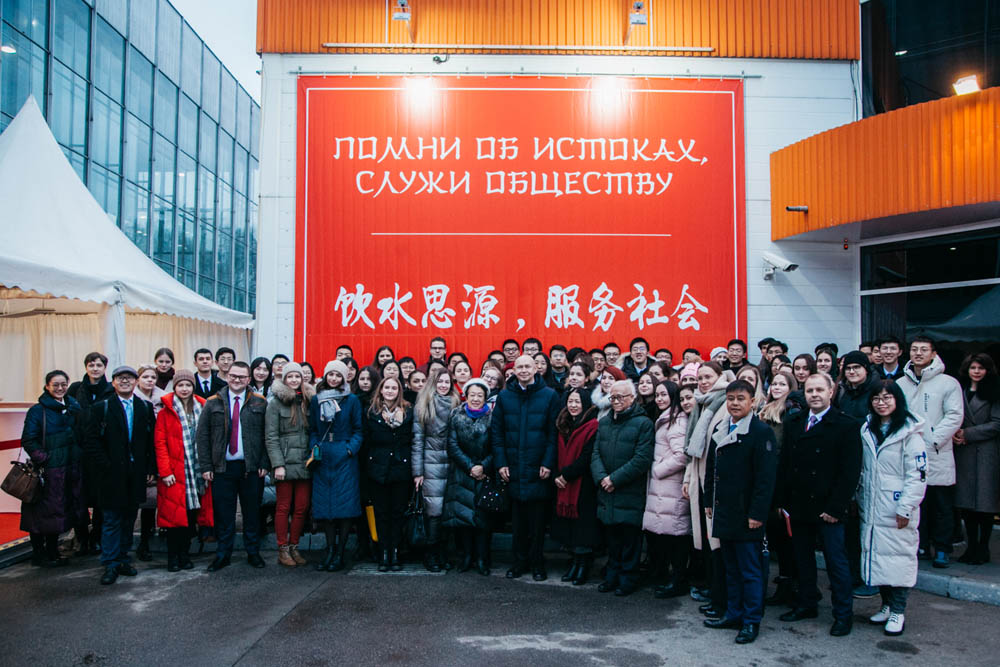