Alexey Shaburov, President & CEO of Sokolniki Museum and Educational Centre, Director of the World Calligraphy Museum in Moscow told People's Daily that China sets a perfect example of preserving its civilization, that Chinese culture gave him positive energy. Years of learning about Chinese calligraphy provided him an enormous boost to develop the Russian art of beautiful penmanship.

Could you please share with other readers some of your stories about China?

I've had tons of interesting experiences, mostly positive for sure. Some of the stories have to do with calligraphy. We visited almost all Chinese provinces looking for outstanding calligraphers, and we managed to organize an impressive art show, all these masters came to Moscow at the same time, presented their masterpieces, taught the workshops. It was perhaps our largest project and it allowed us to gain the deepest understanding of China. Likewise we did a great Chinese Tea Exhibition in collaboration with our Chinese partners. In preparation we traveled to rural areas and it taught me a great deal about the traditional cuisine and of course about the tea. I also learned about the unique Chinese phenomenon - traditional medicine. But it 's a whole other story.

It's a known fact, that you're a keen admirer of Chinese traditional calligraphy. How did you develop such a deep interest in Chinese art and culture?

Why do I appreciate Chinese culture? First of all, it goes back thousands of years. Its written language, painting, poetry. The cornerstone of Chinese culture are the characters: writing and calligraphy. The Chinese example of preserving its amazing culture helps me to gain a deeper understanding of my own culture, get back to our roots. This experience encourages me to learn and understand the underlying processes in our country. I see it as a valuable experience that I gained by exploring Chinese culture.

Furthermore I'm the Director of the World Calligraphy Museum. As we know, Chinese calligraphy gave start to all calligraphy art. That's why learning about the Chinese culture is extremely important for me as the museum director, who ought to know his sphere.

I concentrate on calligraphy because our museum specializes in calligraphy. It displays great artists and calligraphers of the 20th century. Years of learning about Chinese calligraphy undoubtedly provide an enormous boost for us to develop the Russian art of beautiful penmanship.

I would like to note separately that the Chinese example of preserving national culture also helps us to promote another project: Private Museums of Russia, in which we strive to show that ordinary people and not just professionals can make a huge impact on developing and preserving national culture. By learning about your neighbor's culture you at the same time and the same deep level learn about your own culture. I see Chinese people preserving their written language, customs, and traditions for hundreds and thousands of years. I see how they care about ideology and the finest details of traditions. That's why I always have next to me the Chinese spiritual culture Encyclopedia published in 2006-2010, and the Big Chinese Encyclopedia. The more you learn about Chinese culture the more you want to dive into it. It brings me positive energy and encourages me to study Russian culture - I analyze different aspects of our culture in comparison with the Chinese.

How did you manage to understand the mysterious soul of the Chinese people? What values of Chinese culture speak most to you?

It's hard to answer because it's a unique phenomenon, moreover, it's not the same people everywhere. The South is not the same as the North. People who work in the fields are not the same people that work in education or science. They all have different lifestyles, different beautiful dialects, there are differences on so many levels. I don't think anyone can say that they've understood the soul of the Chinese people. All in all, the Chinese really care about family values and the deep foundations of their society.

It's especially clear for example on days before the Spring Festival when the so-called Great Migration happens. People all across the country go from cities to their hometowns and villages to celebrate New Year with their parents, to wish them health and prosperity, to spent the holidays together. This tradition touches my heart.

Moreover, there are so many educated people in China who channel the traditions through their original work in calligraphy, Chinese painting, and literature. All this can show the depth of the Chinese soul. I was deeply impressed by Chinese masters carefully preserving their culture and styles, passing them from generation to generation for thousands of years.

And the last but not the least, human connection. It's really important for business to get in touch with Chinese businessmen, to understand their principles of communication. When you get it, it makes life much easier.

What places did you visit in China? What are your impressions of them?

So many exciting places come to mind. We've been to almost all the provinces and each one of them is a unique cultural phenomenon. The first thing that jumps out at you is the vast range of local cuisines. It's just incredible. Secondly, big cities - Beijing, Shenzhen, Hongkong, Shanghai, and the way the life there is organized. It gave me the greatest and most positive impression. I remember China since the 90s. The changes that happened there since are not only visible in the material world, they are also perceivable spiritually, you can feel them in the air in the sense of preserving the traditions.

One of the most vivid memories is the Xuanzhi paper production factory at Anhui province. We were lucky to see the process of creating the Xuanzhi paper, that all Chinese calligraphy is written on. Apart from the stone calligraphy, of course. The Stone Calligraphy museum in Shangzhi, Heilongjiang is another extraordinary place. The exhibits in the museum are huge stone steles, granite with the finest calligraphy carvings. Another lasting memory for sure is the Guqin factory. Its Founder Xie Jiandong, the master of creating the traditional string instruments, later together with me became one my partners in founding the Russian Gusli and Chinese Guqin Museum. In Shenzhen we visited the Museum of Art in Pingshan district, it's a perfect mix of traditional Chinese art and modern technology.

You've spent tens of years on promoting humanitarian cooperation between Russia and China. What are some of your projects?

Firstly, it's the cultural exchange in the form of exhibitions. Organizing shows and conferences is my profession. And we organized a great amount of painting and calligraphy exhibitions, invited painters, poets, calligraphers to teach workshops. We opened a calligraphy school, where students learned the traditions and techniques of the Chinese and Russian Calligraphy.

Secondly, students exchange. In January 2020 the best students of Qinghua University, participants of the Siyuan Program, visited our Russian Gusli and Chinese Guqin Museum and the World Calligraphy museum where the Russian-Chinese student’s conference "Be grateful, serve the society" took place.

By the way, the cultural exchange does not stop even in the time of serious trouble, when both Russia and China have to deal with the new coronavirus. There are still conferences, online conferences, sharing of expertise and discussions going on. The exchange has not stopped for one second. We also receive great amount of support from our friends and partners, calligraphers from all over China. Recently, a renowned calligrapher professor Mao Guangsong sent us words of support, a calligraphy banner written in his unique original style. It says: Russia and China are one family. United, we are invincible. Meanwhile our dear friend and partner professor Yuan Pu also expressed his support in the fight with the coronavirus: Though miles apart, we are under the same sky. Russia and China with mutual help will win the fight against the epidemic.

Do you advise your kids or friends to learn Chinese and why?

My kids are already learning it, many of my friends do the same. I too am trying to learn it at least on the conversational level.

First of all I believe there are many more Chinese people fluent in Russian than there are Russians speaking Mandarin. Since we are neighbors, we ought to equally respect each other's cultures. Furthermore, China is the first economy of the world. I believe it will only increase its presence in the economy and culture. To better understand it, to connect we need to know its culture.

Secondly, it has never hurt anyone to know a second language. Lately our cultural connection with China has grown substantially, and I think our people should follow the trend. It's a regular process that currently takes place in the cross-cultural space. Learning Chinese is a necessity. Also as the Director of the World Calligraphy Museum I see it as my duty to understand the basics of Chinese calligraphy and language, since Chinese calligraphy has such a special place in this field.

In your opinion what's the importance of preserving the diversity of civilizations on the planet and the dialog between them, especially in our ever-changing modern world?

To maintain the diversity of civilizations is the key to uniqueness of our world and to solving many seemingly intractable problems. We could always use our differences and find common ground to deal with unusual issues. The strength of a civilization is in its diversity. China by the way sets a beautiful example of preserving its national culture: from characters to the great inventions made in China and to those customs and traditions that are still present in China today. 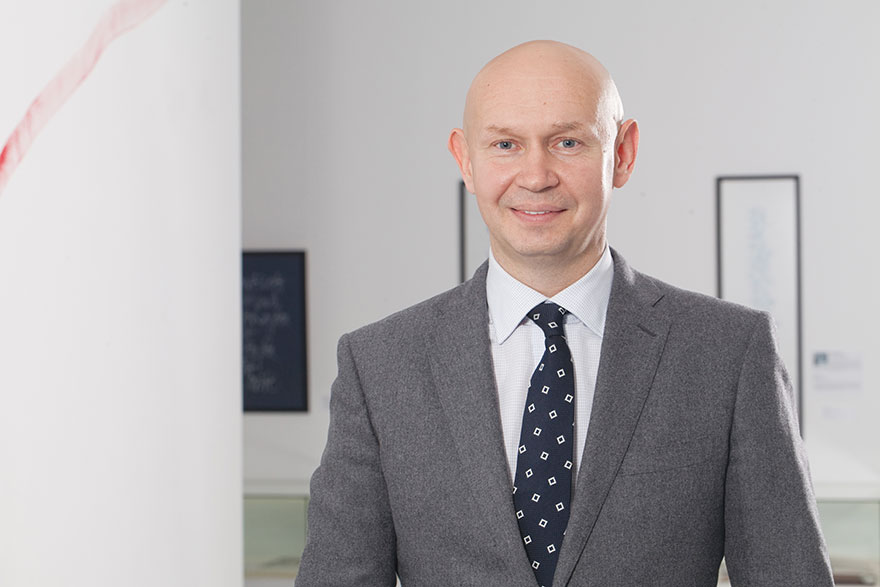