Mumbai to host exhibition on calligraphy in regional scripts

To teach the value of literacy to craftspersons through artistic calligraphy in regional scripts, an exhibition titled "Akshara: Crafting Indian scripts" would be showcased here from October 8th-18th.

Organised by the Dastkari Haat Samiti, a national association of artisans, Akshara would host workshops and demonstrations on calligraphy craft.

"As India moves towards greater literacy, particularly among women, the use of scripts comes into unconscious focus in the creative mind's eye. The rural artisan feels a sense of inadequacy without the knowledge of English or the computer," Jaya Jaitly, the founder and president of Dastkari Haat Samiti, said in a statement.

The project Akshara, aims to address the issues that artisans face, Jaitly added.

The exhibition of 150 exhibits, video projection and dance films will showcase India's written heritage by focusing on the art of calligraphy in multi-faceted and innovative ways.

The pieces would include handcrafted applications of scripts on metal, carved and inlaid wood, clay, stone, pottery and stoneware and papier-mache. There would also be a range of embroidery styles from Bihar, Gujarat and Rajasthan, apart from brocade and Jamdani weaves from Varanasi.

The exhibition earlier travelled from New Delhi to Egypt and was also showcased at the Unesco headquarters in Paris. 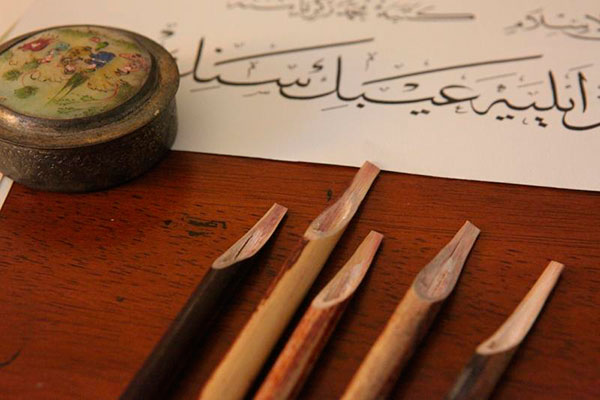 Mumbai to host exhibition on calligraphy in regional scripts