El Seed, a Tunisian-French artist, who blends the art of calligraphy and graffiti, is painting the world one city at a time. Born and raised in France to Tunisian parents, El Seed spent most of his time trying to comprehend the diversity of both cultures. In 2012, El Seed skillfully completed his largest art piece in Gabes, Tunisia. The 47-meter minaret on the Jara mosque was created to send a message of unity of both cultures he lived in.

In 2013, El Seed was commissioned by the Qatar Museums Authority to leave his unique mark in Doha. In the summer of 2013, the hugely celebrated artist took part in the La Tour Paris 13, the largest street exhibition in the world. His reputation was ahead of him and he went on to paint areas in Paris, New York and Melbourne.

The artist published his first book, “Lost Walls: A Calligraffiti Journey through Tunisia,” and has proven to be an ongoing success. 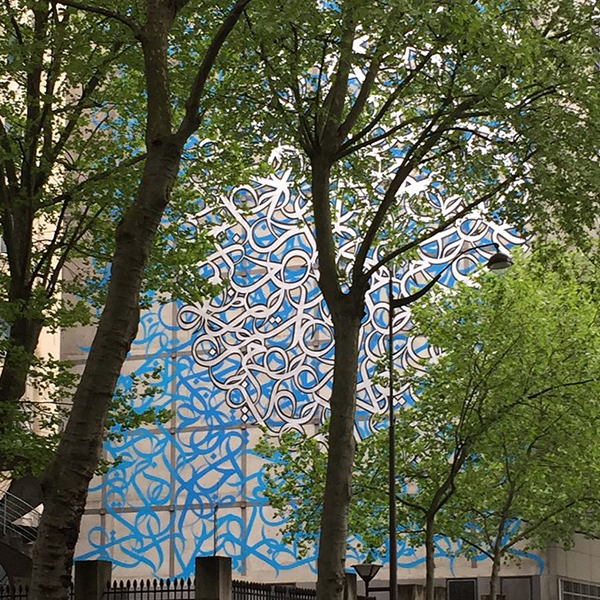