Between April 25 and 28, the Arab World Institute in Paris hosted an Arabic calligraphy exhibition addressing human rights in Islamic culture. The exhibition was organised by the Qatar National Human Right Committee (NHRC) in collaboration with Qatar embassy in Paris.

The exhibition is a quantum leap in the efforts of countering the anti-Islam campaigns and misrepresentation of Islamic teachings under the influence of terrorist’s attacks in Paris and Brussels. Calligraphy art representing the spirit of Islam and its respects to human right and dignity obtained momentum in the exhibition.

The exhibition attracted a considerable number of French society representatives, Europeans and diplomats who lauded the content of the exhibition which underlined the concept of human rights in artistic works with verses from the Quran and the Prophet’s Hadith.

The exhibition explains that the Muslim religion is based on values of tolerance, justice and principles of respect to human rights, said Qatari Consul in France Sultan Al Dawsari.

The first edition of this exhibition was held in Geneva last February and was a success, too.

The exhibition carries many cultural and moral dimensions, in addition to the arts. Italian businessman Vincent Pratt said: “I like Arabic calligraphy and arts which carry the magic of the eastern culture. I admire the idea of this exhibition: “human rights in Islamic culture”. Moreover, it is an opportunity to know more about Qatar as a country promoting peace and tolerance in line with the Islamic mission.” 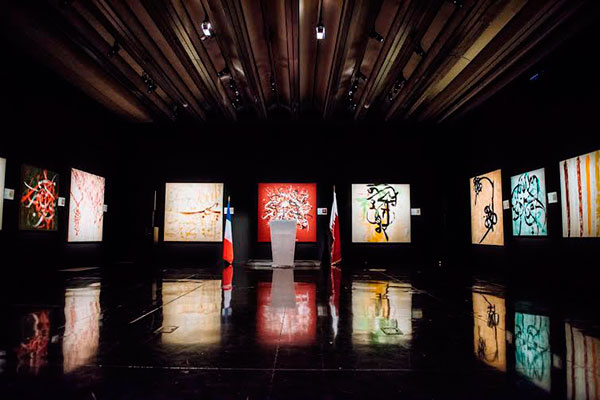