Have you been to Bosphorus? 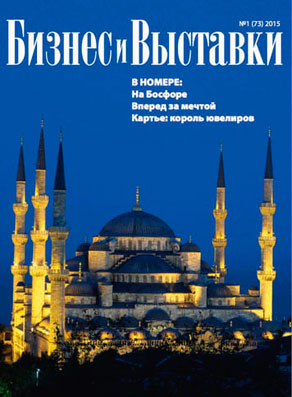 Lately Turkey has made it to the top of the privileged trading partners of Russia, quite naturally. Revival of trade, new areas of cooperation and high-level visits show good prospects for the exhibition industry too. Expansion in trade leads to the growth of exhibitions. 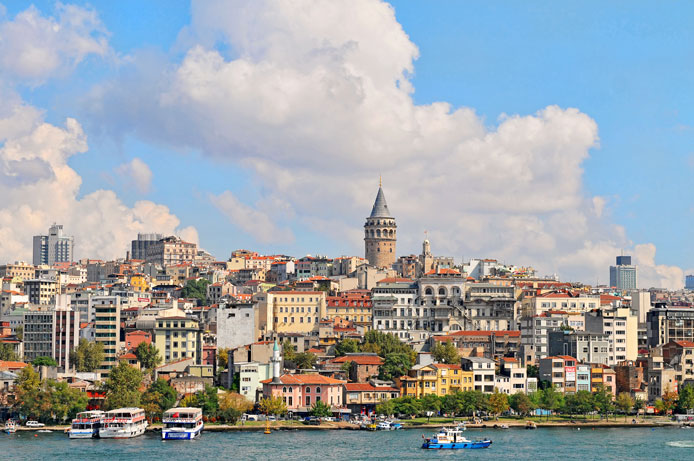 Thanks to its strategic position on the border of Europe and Asia, Turkey has always played a unique role in the cultural, economic and geographical bridging of East and West. As Istanbul, Turkey’s largest city, is a visual embodiment of symbiosis between Europe and Asia, East and West, Christianity and Islam.

Istanbul is the most important seaport, commercial, industrial and cultural center of Turkey. The city straddles the Bosphorus strait between the Sea of Marmara and the Black Sea. Here, in one of the best districts of the city Beylikduzu, on the coast of the Sea of Marmara the largest exhibition center in the country: the Tüyap Beylikduzu Fair and Congress Center is located. This is the place where international trade fairs are held; business ties built, new contracts made and ideas born.

The Tüyap Fair Convention and Congress Center features 14 halls with the total area of 120,000 square meters. There are 22 multi-purpose meeting rooms with differing capacities from 10-750 people. The center also includes a press —center and administration rooms. Ten cafeterias and a restaurant are placed on its premises as well. The Tüyap Fair Convention and Congress Center has a large open-air car park with the capacity of 4,500 vehicles and a closed parking structure for 600 vehicles.

The well-established infrastructure of the Tüyap Fair Convention and Congress Center corresponds to the highest standards of quality: it is fully equipped with air-conditioning, a water system, electricity; each exhibition hall provides access to the wireless internet connection; there is a variety of escalators and elevators; free shuttle from various points to fairgrounds; private security and control system; secretarial services in Turkish, English and German. The center also includes a health center, mini-markets and a gas station.

The biggest part of the Tüyap Fair Convention and Congress Center covers 70,000 m² and was designed by a famous Turkish architectural company Aytaç Manço, Dipl. Architect. The project included the construction of ten fair halls, two entrances and office buildings, different types of meeting halls, committee rooms, an art gallery, an amphitheater, management offices, four main kitchens, five cafeterias, a restaurant, religious center containing a mosque, chapel and synagogue. Both the exterior and the interior of the building complex were designed with an eclectic style combining the 5,000 years of architectural heritage of Turkey with the contemporary.

The Tüyap Fair Convention and Congress Center is managed by Tüyap Holding. The main company-organizer of exhibitions is Tüyap Fairs Group.

Among the largest exhibitions held on the premises of Tüyap Fair Convention and Congress Center is the International Istanbul Book Fair. The event has been held each November since 1981 and is organized by TÜYAP Fairs in partnership with the Publishers Association of Turkey.

The fair brings together 850 publishers and non-governmental organizations from Turkey and around the world. The International Istanbul Book Fair also hosts around 300 events including interviews, panels, children’s events and recitals.

The plastic industry is considered one of the leading fields in the country. This sector is covered by the International İstanbul Plastics Industry Fair, which was held for the 24th time in 2014. The prime meeting of the Turkish Plastic Industry is organized by the Tüyap Fairs and Exhibitions Organization Inc. in cooperation with PAGEV (the Turkish Plastics Industry Foundation).

The plastic industry of Turkey has skyrocketed its export to $ 1.3 billion per year. Over 1,100 exhibitors from 40 countries and 40,500 specialists of different nationalities come together in Istanbul for the International Istanbul Plastics Industry Fair. The international platform of the plastics industry has been growing annually by the number of exhibiting companies and the well-qualified visitors. 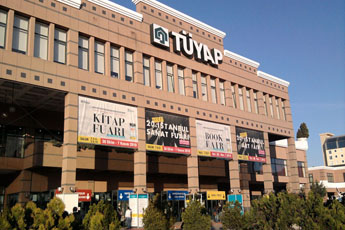 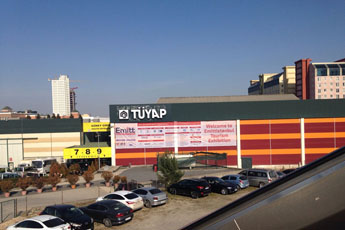 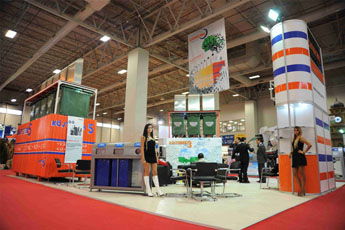 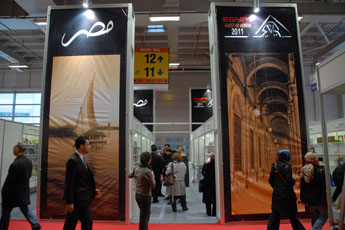 Turkey’s feather in the cap is the agricultural industry, which is well known in many countries and particularly in Russia. The agricultural sector in Turkey is the seventh largest in the world, employing approximately one third of the labor force in the country.

More than 200 exhibitors participate in the exhibition. According to statistics, the number of visitors is increasing every year by almost a half. They are formed by representatives of the food industry and educational institutions, engineers, suppliers of seeds, veterinary experts, and representatives of the private agribusiness, farm experts, animal husbandry and others.

ANUFOOD Eurasia is a new project to be launched in May 2015 and to become another international platform for cooperation and the largest commercial crossroad in the field of food industry in Istanbul. The project’s organizers Reed Tüyap and Koelnmesse aim to make this exhibition the leading event in the sector for Turkey and also for all the Balkan countries, the Middle East and the CIS. Taking into consideration the fact that the trade links between Turkey and Russia have been revived, one can assume that this exhibition will attract a large number of visitors from Russia.

The exhibition will cover all sections of the food and beverages industry: meat, dairy products, fresh and frozen foods, baked goods, organic vegetables and fruits, pastries, sweets and more.

As a satellite of the world famous Anuga ANUFOOD Eurasia also features the longtime experience and global competence in food and food technology fairs of Koelnmesse, as well as the local market know how and international experience of Reed Tüyap. The production of food and beverages takes 20% of Turkey's GDP and is estimated at 839 billion dollars. In 2013, Turkey earned 11 billion Euros by exporting food and 5.5 billion Euros by importing it.

In recent years the Turkish textile industry has shown quite a good pace. Turkish clothes and underwear no longer cause squeamish grimaces. Now everyone knows that a Turkish outfit is fashionable and has excellent quality. IF Expo, the International Hosiery and Underwear Fair, is one of the leading exhibitions in this sphere. It is organized by Tüyap together with the Federation of fashion and clothing of Turkey, the Association of Turkish Manufacturers of Underwear and the Hosiery Association of Turkish Manufacturers. The next exhibition of this kind will be held in Istanbul in February. Russian visitors are very important for Turkish exhibitors. This proves the fact that the exhibition’s official website is translated into Russian as well. More than 190 leading Turkish companies are expected to participate in the exhibition.

The Tüyap Fairs Group is the leading exhibition company in Turkey, which annually organizes 110 exhibitions in five exhibition centers of the country.

The Tüyap Fair Convention and Congress Center annually attracts more than 14,000 exhibitors from 60 countries and more than 2 million visitors from 70 countries.

Taking into consideration the fact that the trade links between Turkey and Russia have been revived, one can assume that this exhibition will attract a large number of visitors from Russia.

Since Russia has prohibited the import of food from Europe, Turkish suppliers have received an unexpected gift. The European sanctions, which Turkey did not support, provide new opportunities for the expansion of trade cooperation between the two countries. Nowadays the trade turnover between Russia and Turkey exceeds $30 billion. Settlement payments of around $1.5 billion are carried out in national currencies. As a result of the Russian President Vladimir Putin’s visit to Turkey in December 2014, the parties have set a goal to increase the bilateral trade turnover to $100 billion by 2020. In this case Russia and Turkey are to seek ways to expand trade in national currencies. Large enterprises such as steel foundries are being modernized now in Turkey with the help of Russia. Russian banks firmly build their operation in Turkey. For example, Sberbank signed a cooperation agreement with Turkish Denizbank. As an example of particular items in Russian —Turkish relations it can be shown that there is cooperation in the gas sector and the construction of Turkey's first nuclear power plant, which Russia is carrying out on the site of Akkuyu in the Province of Mersin.